By two months, your baby…

-smile in response to your smile CHECK

-respond to a bell in some way, such as startling, crying, quieting DIDN’T CHECK

-vocalize in ways other than crying (e.g. cooing) CHECK

-on stomach, raise chest, supported by arms HE DID, BUT ONLY ONCE

-grasp a rattle held to backs or tips of fingers CHECK – he grabbed the leg of a toy dangling from his bouncer chair and after accidentally letting go, he grabbed it again

-reach for an object CHECK – occassionally

-say “Ah-goo” or similar vowel-consonant combination CHECK – all the time!  If he’s in a good mood, and awake and alert, then he’s “talking”

-bring both hands together CHECK

-on stomach, lift head 90 degrees I THINK SO

-squeal in delight CHECK – (see above)

-follow an object held about 6 inches above the baby’s face and moved 180 degrees (from one side to the other), with baby watching all the way I THINK SO 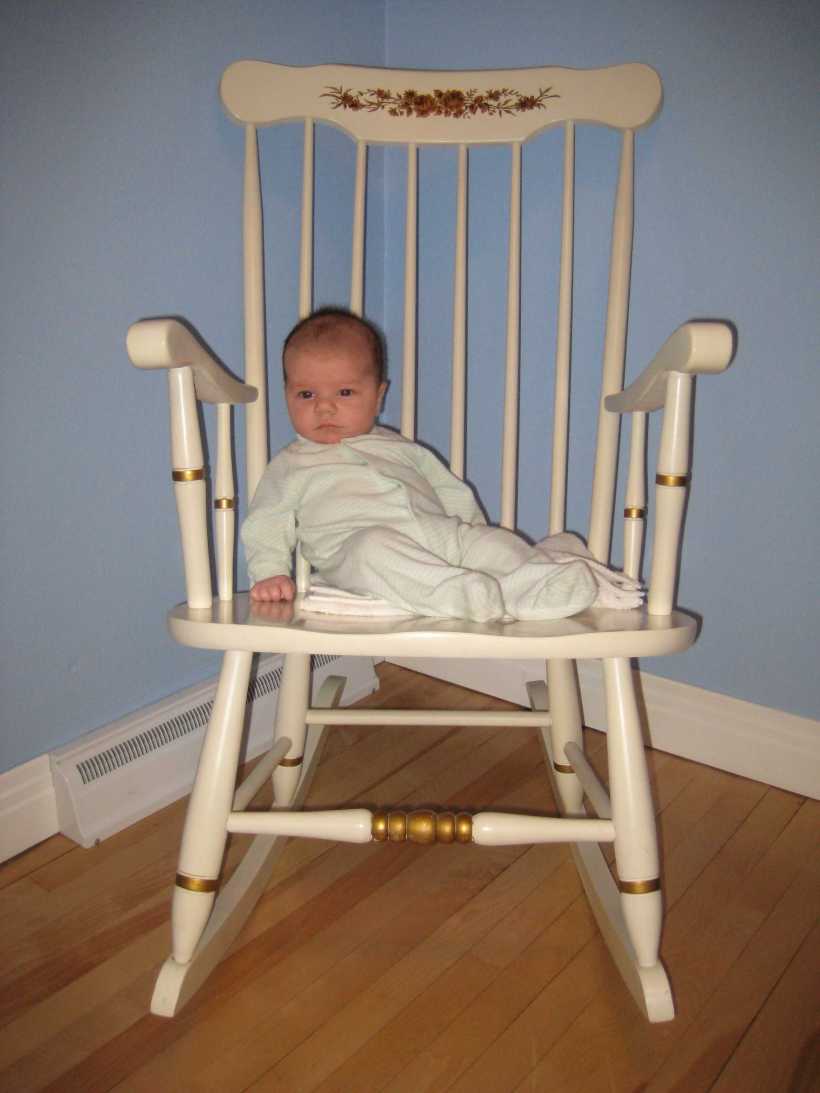 Henri’s second month was a million times better than his first.  By the time he was 2 months old we were off the nipple shield and breastfeeding (quasi)properly, which gave us a chance to work on our rapport without all the strain of the feeding issues.  The sleep stuff has gotten better too, and we both wake up rested and happy in the morning.  (Ok, I lied.  He wakes up happy, and rested.  I just wake up…but when he’s happy and smiling at me…I can’t help but be happy too.  And since he’s happy and willing to hang out in his crib and talk to his toys, then I get to spend a few more minutes in bed…which helps me towards rested).

Two months was enough time for Henri’s personality to start to come through.  He’s a real little character- when he’s grumpy he’s grumpy but when he’s happy- oh, you’ve never seen grins like these.  He could melt the Ice Queen’s heart with his smile.  And every day with him and Jakob together is a day I wish I could freeze in time.  When we first had Jakob, I told friends that my favorite part about having a child was watching my husband’s interactions with him.  Well, the best part of having 2 children is watching them interact together.*  I am amazed at the tenderness that Jakob is capable of at such a young age, and I can already see Henri developing an attachment to his big brother.  I can’t wait to see more of them, and watch them grow and play.

*For now.  I reserve the right to amend this statement when they are older and fighting non-stop!