Henri’s 5th week brought him to his first movie.  He was great and slept right through He’s Just Not That Into You, which I appreciated.  We tried him a few nights in his crib, but it was too hard for me to keep getting up every 15 minutes to soothe him, and to only have him fall asleep just in time for him to wake up hungry…so we decided to keep him in our bed to make things easier.

The best part about week 5 was that I got off the nipple shield!  It took a LOT of patience and tries, but after a few days of using it here-and-there, I was able to get him to take it at almost every feed, and a few days after that we were done completely.  Don’t get me wrong- feeding wasn’t suddenly a breeze.  But it was SO MUCH better.

It was in his 6th week that we started going out more and feeling more human.  It’s amazing what a shower and a trip out of the house can do to you!  I saw my doctor and got the all-clear to start driving again, as well as lifting Jakob, which was a huge relief!  I actually left Henri with my mom that very night so I could drive over to pick Jakob up from daycare and surprise him.  It felt so good to be a parent to my child again!

Henri saw his second movie that week too- Confessions of a Shopaholic.  He slept the whole time again, which rocked.

6 weeks also brought around the first level of change where everything starts feeling easier.  Not as magical as I know the 3-month mark will be, but compared to the first 3 weeks…wow.  Suddenly, around 6 weeks, everything seems possible. 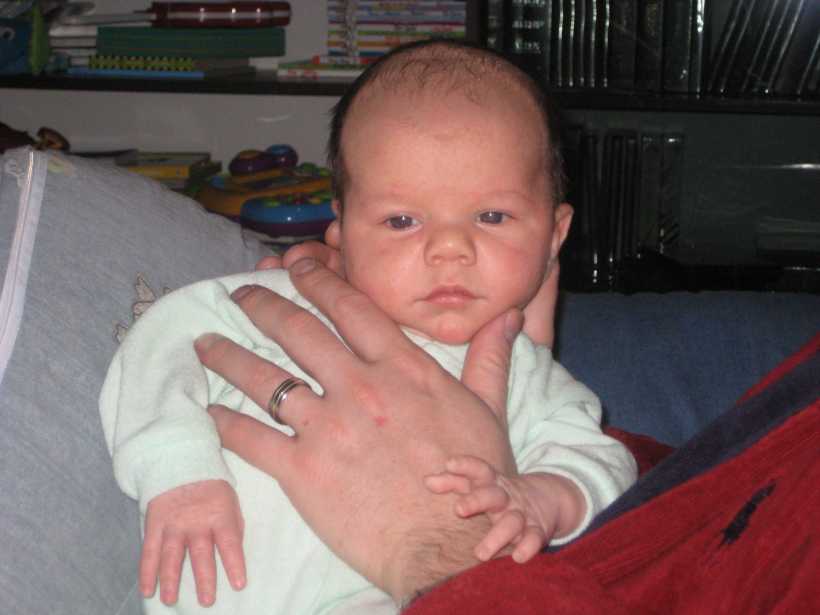