Those who follow me on Instagram/FB got a sneak peek at Henri’s Halloween costume this year.  The boys fell hard into the world of Hogwarts when we began showing them the films this year, though we stopped after the 5th one because they were getting a bit too dark.

Jakob wants to be Draco Malfoy.  It was his original costume choice, now possibly swapped out for a Minecraft Enderman, but in general, he wants to be a Slytherin.  He thinks Harry was put in the wrong house, and that Slytherin is where it’s at.  It’s less to do with the negative traits or a penchant for the color green, than it is that, as he likes to remind me, “We love snakes, Mom.“.  Yes.  Yes we do. 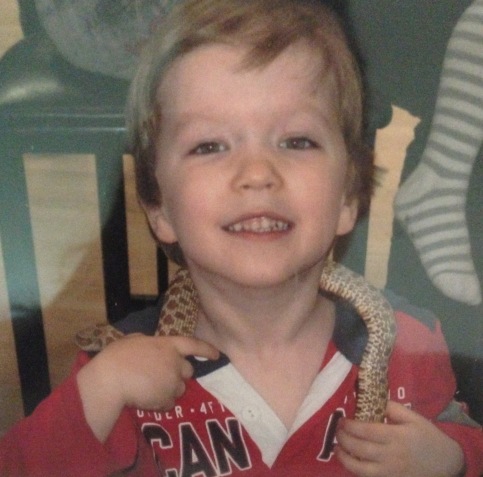 The Snake is my Chinese sign and a long-favored creature of mine, and that love transferred down to my oldest.  In fact, we’d have a pet snake at home if it weren’t for 2 things: 1. I would be too heartbroken to feed it mice, and 2. my father-in-law would never visit again.

In any case, if ever he were to dress up as anything from the Potterverse, it would be in Slytherin colors.  But Henri?  He’s Gryffindor all the way.

We bought those glasses and wand last weekend at the local Halloween store, and my mom lent us a black grad gown that is PERFECT for his robes.  I’d like to find time to make a crest for the robe, but the main finishing touch for his costume is the scarf, so I decided to get on that last night.

The burgundy isn’t quite right, but I’m working with stash yarn and I don’t think he’ll mind too much.  The pattern is my own, such as it is.

I decided against working stockinette because I really didn’t feel like taking the extra time to make it doubled or in the round, and a flat panel of st st would curl like crazy.  1×1 rib contracts enough to look almost like stockinette and won’t curl, making it quicker and easier for a 6yo’s Halloween costume.  🙂 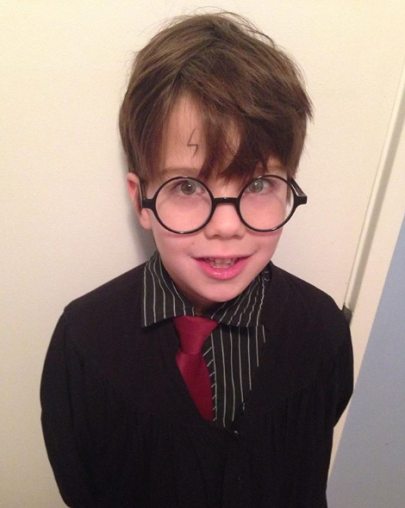 2 thoughts on “on the way to Hogwarts”