We started the new year off right by doing something different.  We took a family vacation!  Plattsburgh, NY is under 2 hours away, and there’s a hotel there with lots of activities for the kids.

There are good restaurants in the area and right near a 24 hour Walmart, a Sally’s Beauty Supply, a Michael’s… 😀 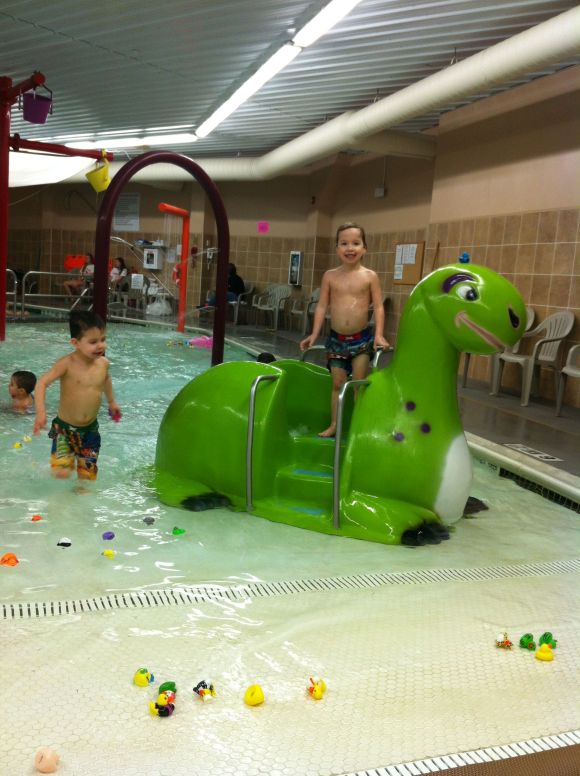 We drove down with 5 other families that have kids about the same ages, and in the hotel were other groups of 2-5 families that we all knew, so we were always around friends.  We did a lot of shopping, a lot of socializing and I even managed to squeeze in a bit of knitting while the boys watched TV as we changed for dinner.

I worked on my fun fur vest…no pics yet ‘cus I keep forgetting to take one.

Speaking of shopping in the States…the shopping carts for when out with kids are awesome!  If the store doesn’t have a double-seater cart, my boys have to take turns walking, or scrounge around for one of the few carts with a car attached to the front.  But checkit the carts at Price Chopper: