THIS Monday was a lazy day.  I got some studying done, then wasted most of the afternoon syncing my iPhone and trying to update the OS.  (A tip- if it doesn’t work, try disabling your anti virus.  It worked for me.)  I watched a bit of TV with Yannick, and then prepared supper while he picked up the boys.  We don’t often get to eat as a family, so tonight was a nice treat.   We turned off the TV, all sat down together, and had a nice meal (butter chicken with white rice and veggies) with nice conversation (“Mommy, you’re pretty”- Jakob).  After dinner we got the kids back into their boots and coats and went for a walk together.  They insisted on going to the park which was fine…except that the playground itself was full of deep snow.  The kids were light enough to walk on it, but Yannick and I kept sinking nearly knee-deep into it.  Still, we made it to the swings and it was mild enough out to be able to spend some time in the fresh air before bedtime.


Now the kids are in bed, I finished today’s studies and I can finally tell you all about last Monday.

I don’t have any related photos, so I’ll break up the tale with some cute faces Mom took last week.

The morning started unlike every other Monday.  Usually Yannick gets to sleep in later on Saturdays, and I get Mondays.  I had been expecting to sleep in that morning as I only had to be at the hospital for 10:30, but Yannick reasoned that I’d be sleeping in for the next 8 weeks, so he should get that last morning.  Ugh- I didn’t want to get up, but truthfully I wasn’t sleeping anyways.  I was too nervous.

I got the boys up and dressed, enjoying the sleepy hugs and the chance to get in one last cuddle up in my arms before I wouldn’t be allowed to lift them.  Even though Henri is over 2, and Jakob is nearly 4, they still both always ask me to rock them like a baby, and I knew it would be hard at bedtime for the next two months.  I gave each one an extra cuddle and rocked them, and then told them that when they got home from school Mommy would have a “boo boo” belly and couldn’t pick them up, but that I’d still kiss and cuddle them as much as they wanted.

Then Yannick  brought them to daycare and I busied myself at home.  I took my shower and made sure I wasn’t wearing any jewelery, and barely remembered to not put my contact lenses in.  I made a small bag with knitting (for the wait before the surgery) and my iPod loaded with knitting podcasts (for the wait before clearance to leave after the surgery).  I put a waterproof pad on my bed, under where my back would be, so in case I rolled around while sleeping, and my bandage would leak or anything, I wouldn’t get the sheets dirty.  I put the phone charger next to the bed where I could reach it, put some tea on the night table, and the phone and remote for the lights in bed where I could reach it.  I also put a few library books on the bed. 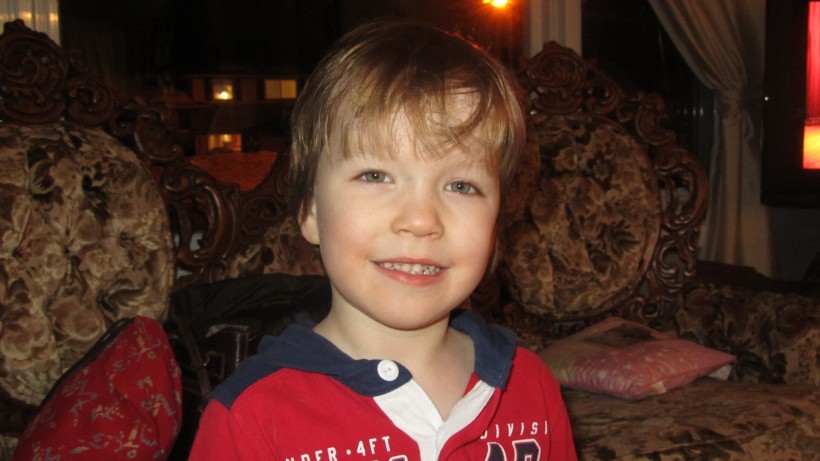 Yannick picked me up and brought me over to the hospital.  He dropped me off to go check in, and went to do about an hour’s worth of errands before coming back  to stay with me.  I went in to the Emergency counter, as instructed, and checked myself in.  When you do day surgery, you check in at Emerg and they prepare your papers, and then you bring those papers up to the floor where the day surgery center is, and give the  papers in, and wait to be called.  I got there about 20 minutes early so had a chance to do a few rows on the Featherweight cardigan and listen to a bit of podcasts while I waited.  Then they called me in.

You meet with a nurse who takes your temperature and blood pressure, and reviews your surgery and status.  She put a hospital bracelet and an allergy alert bracelet (morphine) on me, and as she was finalizing her paperwork, she asked me if anything had changed since my pre-op visit about a month ago.  I told her that everything was the same, though I had been in an extremely minor car accident on Thursday (there was a 30-minute snowstorm out of the blue and another car slid into mine head-on while I was approaching a stop sign), and while there wasn’t even any damage to the cars, about 5 minutes after the accident my belly started to ache almost from hip to hip.  But there was no bruising or anything, so I knew I was fine, but I just mentioned it to explain why I was so tender.  She added a note on the chart about me being sore from a car accident 5 days prior, and then told me my surgery was scheduled for 12:30.

It would take about 45 minutes, then I’d be in recovery for about an hour, then back to the day surgery center for another couple hours, so I was looking at being home by dinner time.  I changed into my gown and got into bed to knit and wait.  Yannick arrived at around 11:30, and then at somewhere around 12:30 an orderly came to bring me to the OR.  I kissed Yannick goodbye, gave him my glasses and knitting, put on the hair net and lay back for the awkward, ceiling-gazing ride through the hospital hallways and elevators leading us to the OR. 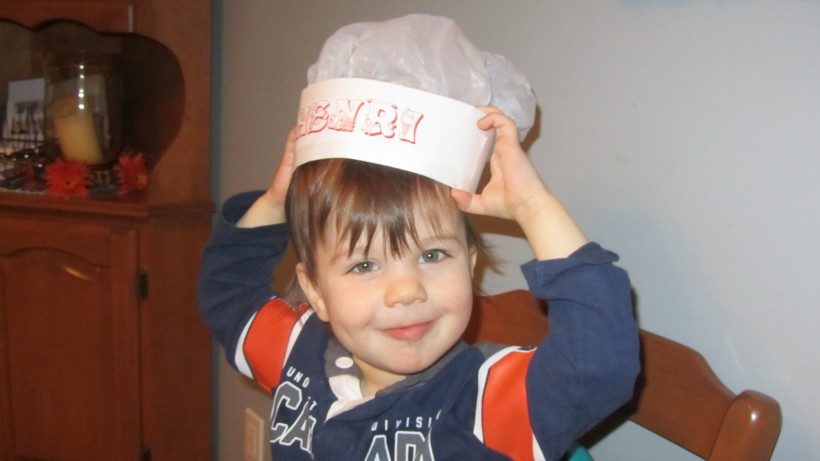 There was a bit of a traffic jam outside the OR so they wheeled my bed off to the side to wait for the bed blocking the door to go into it’s OR and give us room.  The anesthesiologist came by to introduce himself to me and ask me questions, and as we were talking my surgeon walked by and waggled his fingers at me to say hello.  I waved him over to talk to him and when he asked how I was doing I happened to mention the accident and how I was very sore, but looking forwards to getting this hernia fixed.

Well.  Let me tell you something.  If you ever, ever want to have your hospital gown yanked up, and blanked moved down, so you’re pretty much on display in the middle of the hospital hallway, then telling your surgeon that you’d been in an accident is a GUARANTEED way to get you there.

After much poking and prodding, during which I made it clear exactly HOW tender I was, both the surgeon and anesthesiologist turned to me and made it clear exactly how they were NOT going to put me under and operate on me that day.  According to the surgeon, “I know your belly, and you’re swollen”.  Turns out that if there was anything seriously wrong from the accident, and I had the surgery, it would be masked and be incredibly dangerous.  AND if you have surgery while swollen you don’t heal properly, and not healing properly can lead to a hernia, so that would kind of defeat the purpose.  He wouldn’t even tell me when we could reschedule for until I had an ultrasound to make sure I was ok, and they couldn’t do the ultrasound there at the hospital ‘cus I wasn’t in a “life-or-death” need for it.

So I had to leave.  The orderly wheeled me back to my spot in the day surgery center and Yannick came in to see me and just laughed and laughed.  I have never gotten dressed feeling more sheepish in my life.  I didn’t know how to feel…part of me felt like I had a reprieve, and another part felt like crying ‘cus I’d been so prepared for the surgery.  The worst part was that I was still hurting, and now there would be no relief from the hernia, plus the whole belly which had been hurting since the accident was now even worse from the impromptu examination.

We ran into my mom as we were leaving the hospital, and luckily we found her quick enough for her parking to be free.  On the way home I called the ultrasound clinic and booked an appointment for the next morning.

When I got home I felt so stupid looking at the bed all set up like for an invalid.  All my preparations now felt so inane and for nothing.  I was miserable and depressed, and hungry.  I ate a bit, cried a bit, then slept.

So that was how my Monday went last week.  It did NOT go down the way I’d expected, that’s for sure!

THIS Monday ended on a much better note.  Henri asked me to sit with him and hold his hand for a bit, and then he fell asleep still clutching my fingers.  And then Jakob asked me to rock him like a baby, and fell asleep while I held him.  Who knows if I would have had these special moments with my boys by the time I’d  be able to hold them again…so these extra moments are ones I will be sure to treasure and enjoy.

4 thoughts on “last monday…and this monday”