By four months, your baby…

– on stomach, lift head up 90 degrees – not really 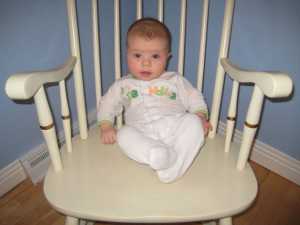 – grasp a rattle held to backs or tips of fingers – CHECK

– reach for an object – CHECK 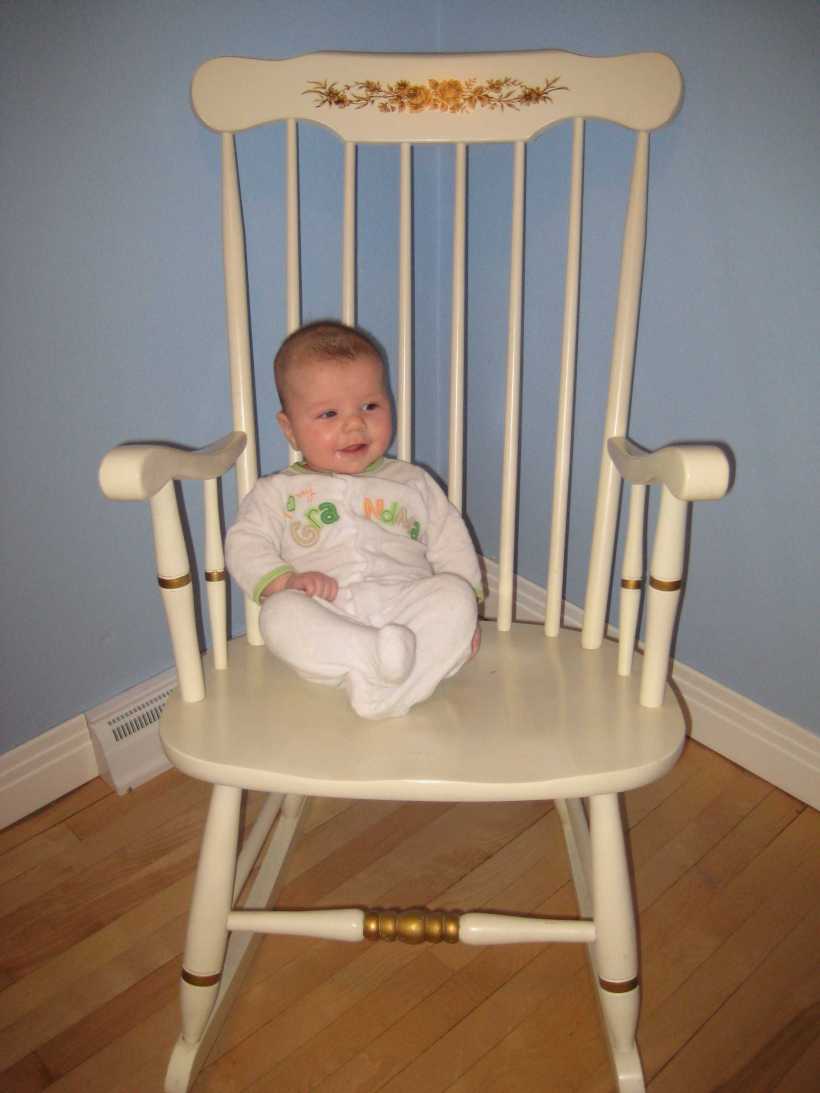 – keep head level with body when pulled to sitting – CHECK

– turn in the direction of a voice, particularily mommy’s – CHECK

– razz (make a wet razzing sound) – not really, but I think he tried to the other day 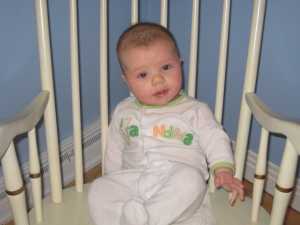 – bear some weight on legs when held upright – CHECK – this is his FAVORITE thing to do!

– object if you try to take a toy away – nope

– turn in the direction of a voice – CHECK 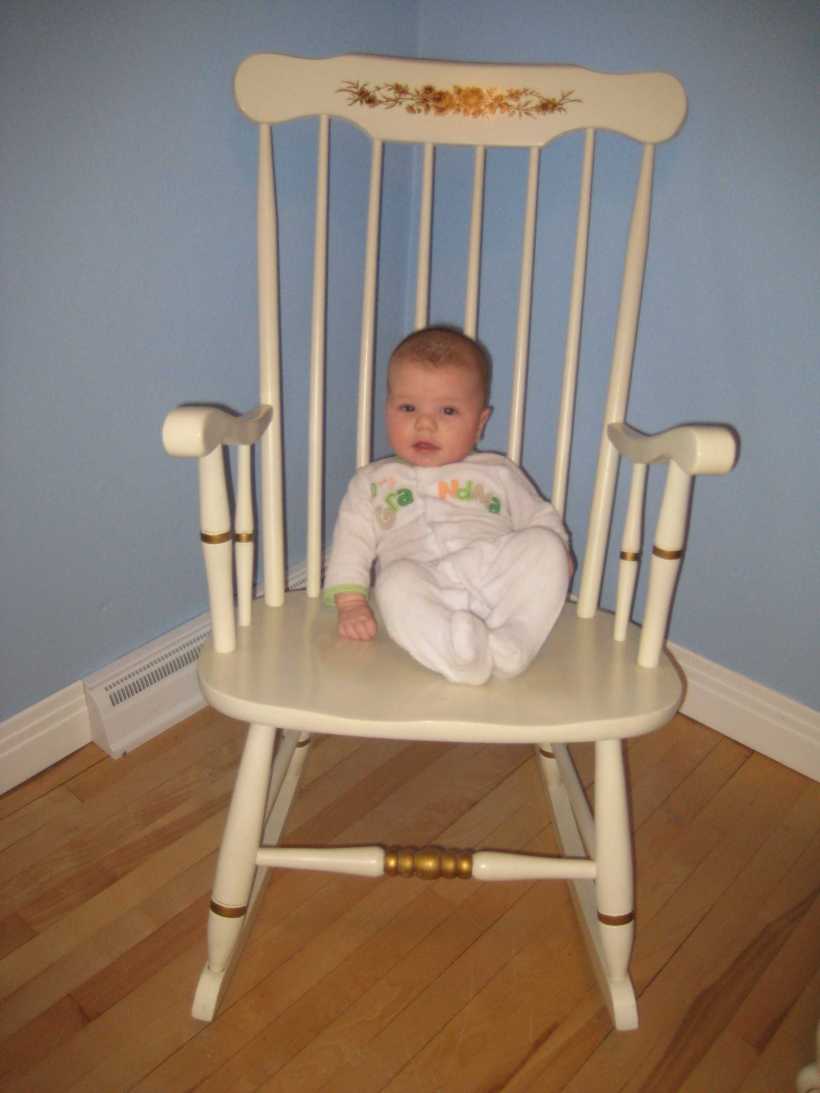 What can I say about Henri at four months old?  He’s my little big boy.  I have to remind myself to stop comparing him to Jakob, because he’s his own person.  I also have to remind myself he really is only 4 months old, and cannot therefore do what a, say, 7 month old would…even though he’s the size that Jakob was at 7.5 months old.  He’s still a baby and I need to enjoy every second of it, not sit around waiting for him to “catch up” to where Jakob is.

Henri at four months old is a delight.  No, he’s not napping much better, and no, his nights are broken up by multiple wakings to feed, but he’s not a “bad” baby.  He’s so much fun to be around, as he has the best personality ever.  If you’re in the same room as him then he wants to engage your company, and if you dare to smile at him- watch out!  You’ll be instantly assaulted with a barrage of drooly, gummy smiles.  I swear this kid smiles so big his lips disappear!  He will flirt with anyone and everyone.

He’s not a fussy baby and really only cries when he’s hungry or hurt.  He isn’t demanding either, and is able to and enjoys spending time playing alone in his crib or on a floor mat (supervised, of course!).  He doesn’t have a constant need to be held or to have someone’s attention, but he will charm the hell out of you if you pick him up and give him a cuddle.  He’s very ticklish, and his squeals of laughter when you tickle him are a riot!